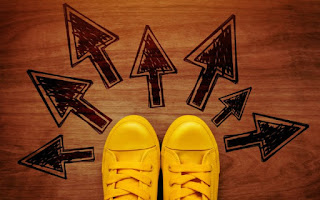 Ted has been the manager of a local authority children’s home for the last 12 years, but recently resigned because he could no longer countenance what he despairingly sees as “the thoughtless movement of vulnerable kids like cattle, from safe places they know to places far away that are alien to them. It’s a national disgrace.”
He is of course referring to the practice of out-of-borough placements, as cash-strapped councils – who now run less than a quarter of children’s homes in England – struggle with slashed budgets. Indeed, according to figures produced by the all-party parliamentary group for runaway and missing children and adults, the stark reality is that such placements have soared by 77% since 2012. This translates as nearly 4,000 young people and comprises more than 60% of all children in residential homes living in out-of-borough placements.
“Because local councils are now operating far fewer homes than they used to, they are having to place these kids wherever they can find beds,” explains Ted. “And I think it’s pretty well known now that this puts youngsters in very perilous situations with regards to being groomed. Not just for sexual exploitation, but also for selling drugs by gangs, particularly county lines gangs. Children in care are already at greater risk of exploitation, but the risk is increased again when they are miles away from their local areas.”
Ted tells me about a 14-year-old boy he had in his care whose behaviour became so challenging and out of control that it was seriously disrupting the dynamic of the home.
“He knew that if this behaviour continued he would have to be moved out, but this was my first experience of social services adopting such a hardline and reckless stance.”
“I was constantly trying to contact his social worker to try and arrange a placement in another local home with more specialised staff, but it was three weeks before she met me. During this time I’d been informed that there wasn’t a place for the boy in this home and he was being moved to another placement 160 miles away. I suggested other homes in the region, but to no avail.”

What could I say to him?

Explaining the situation to the boy’s distraught and angry father was one of the hardest things Ted has ever had to do. “What could I say to him? I could hardly blind him with figures about funding cuts and budgets, as these would be understandably meaningless to a parent who was worried sick about the welfare of his child. He quite rightly expected his son to be placed somewhere where the family could still support him. How can this be possible when the boy is 160 miles away? All I could do was empathise with him, but I knew this wasn’t enough.”
“I’ve worked with young people who have had four, five and even more placements. And when you consider that many of these kids have suffered neglect and abuse, be that emotional, physical or sexual, how on earth is their already fragile mental health going to be affected when they are shipped off to live somewhere that might as well be planet Mars in their eyes?”
Ted asks another parent if she would be prepared to talk to me and she agrees. She tells me that the residential home her 15-year-old daughter had lived in for nearly three years had been closed down.
“My daughter was settled there and I was shocked to hear that it was being sold and converted into a private residence,” the mother explains. “But I expected her to be moved to one of the other four homes in the county. When I was told this wouldn’t be possible due to cutbacks and less places being available, I couldn’t believe it. What would happen to my daughter? Where would she go?”
“Apparently she would have to be moved out of the county to a home 120 miles away. I asked how could this be right? All the good work that was being done with her would be sacrificed. She didn’t want to move away and how on earth could I keep in touch with her?”
The mother also relates that her daughter had been struggling with a drug habit and had two convictions for possession with intent to supply, but was now gradually turning a corner at last.
“I knew about these gangs targeting kids in homes to sell drugs. My daughter was still vulnerable and the thought of her falling back into bad habits terrified me.”

‘I dread getting a phone call’

In the eight months since her daughter’s move, the mother has tried to visit her twice a month. “Even though I work, it’s very expensive travelling and I can only go at weekends. My daughter has kept out of trouble as far as I know, but she hates being there and wants to come back. I dread getting a phone call saying she’s gone missing. The situation isn’t fair on either of us and this is social care failing miserably in my opinion.”
Equally scandalous are the methods used by some councils to secure placements for young people in available homes that are increasingly privately owned and run for profit.
“My colleagues and I have come across some soul-destroying examples of where we are now,” says Ted. “And I won’t apologise for saying this, but you have local authorities almost prostituting themselves online, approaching private companies to purchase the care of kids. In some instances we’ve even seen adverts that profile why children are in care and disclose their ages. It really does beggar belief that things have sunk so low.”
“This is morally reprehensible and while councils have held up their hands and admitted to getting things wrong, the simple fact of the matter is that their hands are also tied when it comes to preventing the shuttling of young people up and down the UK.”

‘You can’t turn back the tide’

As for the government’s talk of injecting funding to increase local authority placements and keep more kids closer to home, as part of its £200m children’s social care innovation programme, Ted remains unconvinced. “I simply don’t believe there is the will to do this. You can’t turn back the tide and that’s the experience of many professionals in this job.”
The last straw for Ted was when a third youngster was moved out of the borough. “She was 14, had mental health problems and was very unhappy. And while her family were loving and supportive, they knew she needed help. We realised after about six weeks that we weren’t professionally equipped to address her needs and that a different setting was required. She was sent more than 100 miles to a residential home but became totally disorientated. Not surprisingly she ran away on a number of occasions.”
“Thankfully the family had the financial resources to place her in a private clinic in an adjoining county. I say thankfully, because they are now in constant contact with their daughter, but this is the only case of its kind that I know of. And it’s certainly not acceptable for parents to foot the bill that the state should be paying.”
“Resigning was not an easy course of action on my part, far from it. But the direction the child care system is moving in is both a betrayal of its core values and inexorable.”
David Jones is a pseudonym. He works in a residential children’s home.